Biophilia can be described as a “weak” rather than “hard-wired” biological tendency that, like much of what makes us human, must be learned and experienced to become fully functional.

Biophilic design seeks to connect our inherent need to affiliate with nature in the modern built environment. An extension of the theory of biophilia, biophilic design recognizes that our species has evolved for more than 99% of its history in adaptive response to the natural world and not to human created or artificial forces. We became biologically encoded to associate with natural features and processes. Rather than being vestigial – or relevant to a world that no longer exists – this need is thought to remain instrumental to people’s physical and mental health, fitness, and wellbeing.

Biophilic design emphasizes human adaptations to the natural world that over evolutionary time have proven instrumental in advancing people’s health, fitness, and wellbeing. Exposures to nature irrelevant to human productivity and survival exert little impact on human wellbeing and are not effective instances of biophilic design.

Biophilic design depends on repeated and sustained engagement with nature. An occasional, transient, or isolated experience of nature exerts only superficial and fleeting effects on people, and can even, at times, be at variance with fostering beneficial outcomes.

Biophilic design requires reinforcing and integrating design interventions that connect with the overall setting or space. The optimal functioning of all organisms depends on immersion within habitats where the various elements comprise a complementary, reinforcing, and interconnected whole. Exposures to nature within a disconnected space – such as an isolated plant or an out of context picture or a natural material at variance with other dominant spatial features – is NOT effective biophilic design.

Biophilic design fosters positive and sustained interactions and relationships among people and the natural environment. Humans are a deeply social species whose security and productivity depends on positive interactions within a spatial context. Effective biophilic design fosters connections between people and their environment, enhancing feelings of relationship, and a sense of membership in a meaningful community. 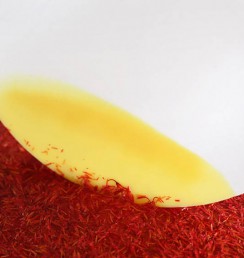 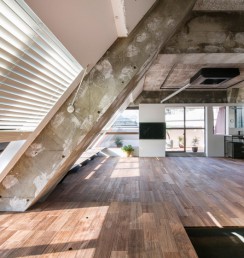 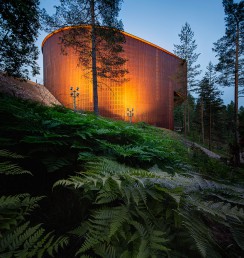 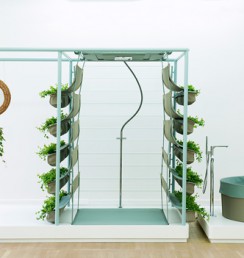 home of the future by Studio Aisslinger