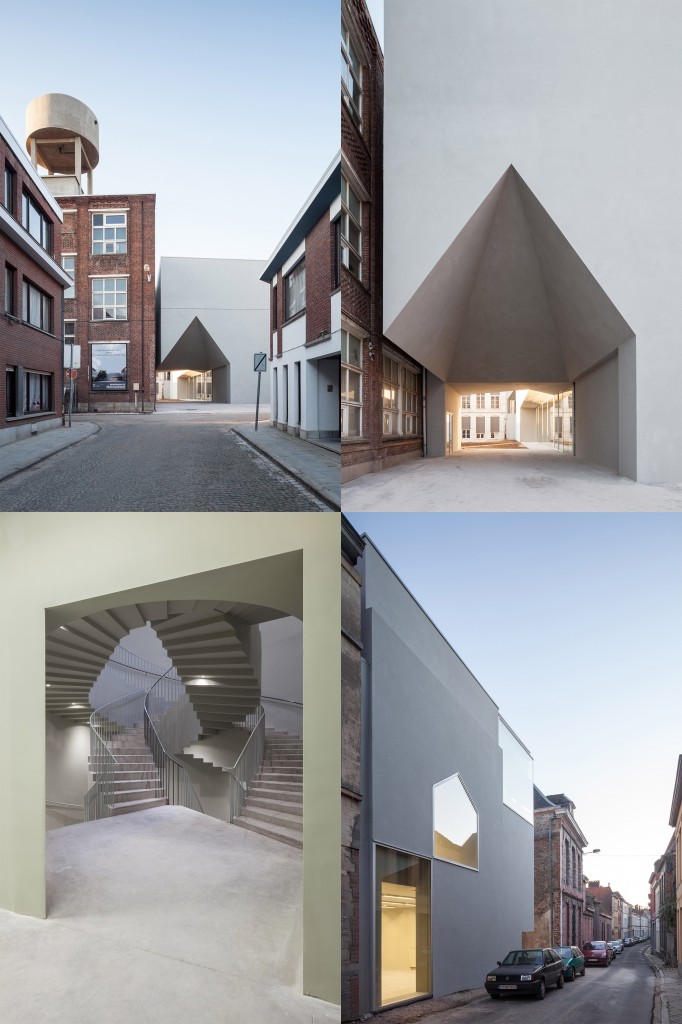 Aires Mateus has completed a new architecture facility at a university in western Belgium, featuring a huge gabled void in its facade and a dramatic double-helical staircase inside.

The off-white building stands between two red-brick industrial blocks, and an 18th-century convent. The positioning of the new building against the ground-floor windows in one of the brick facades informed a large cut out through its facade, which leaves a gap at one side so as not to block out natural light.

“The new building is positioned in order to bond together each of these structures and to define new external spaces” said the architects, who run the studio Aires Mateus. 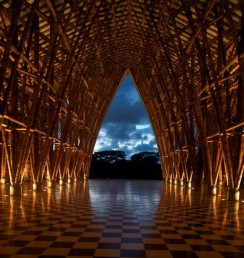 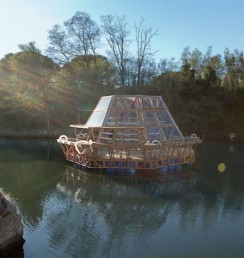 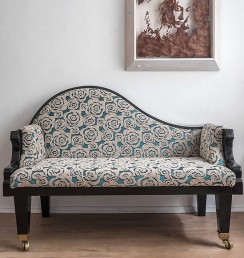