This has created an edge point where individual taste meets the advantages of mass-production. Designed by japanese studio talk project, ‘dye it yourself’ is a series of tables made of a porous plastic composite. the material is frequently used in industrial applications, but is rarely found in consumer goods. by re-interpreting its porous characteristics, takt project found it to be easily dyeable using natural means such as: safflower, cherry blossom, and japanese indigo.

Objects can be made with the material efficiently and identically, while simultaneously maintaining relatively-low production costs. however, average consumers have begun shying away from the homogenous culture created by replicability. people want to be different: a trend clearly seen in the skyrocketing of products (computers, sneakers, etc.) that can be individualized by the buyer.

Using nothing but color, a simple mass-produced table transforms into a one-off furniture element that showcases the individual expressions of its owner. 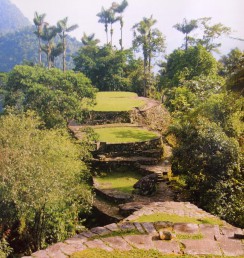 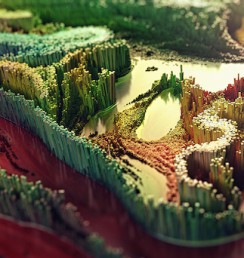 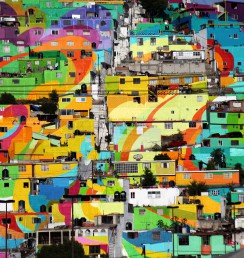 from bright lavender, lime green until an incandescent orange